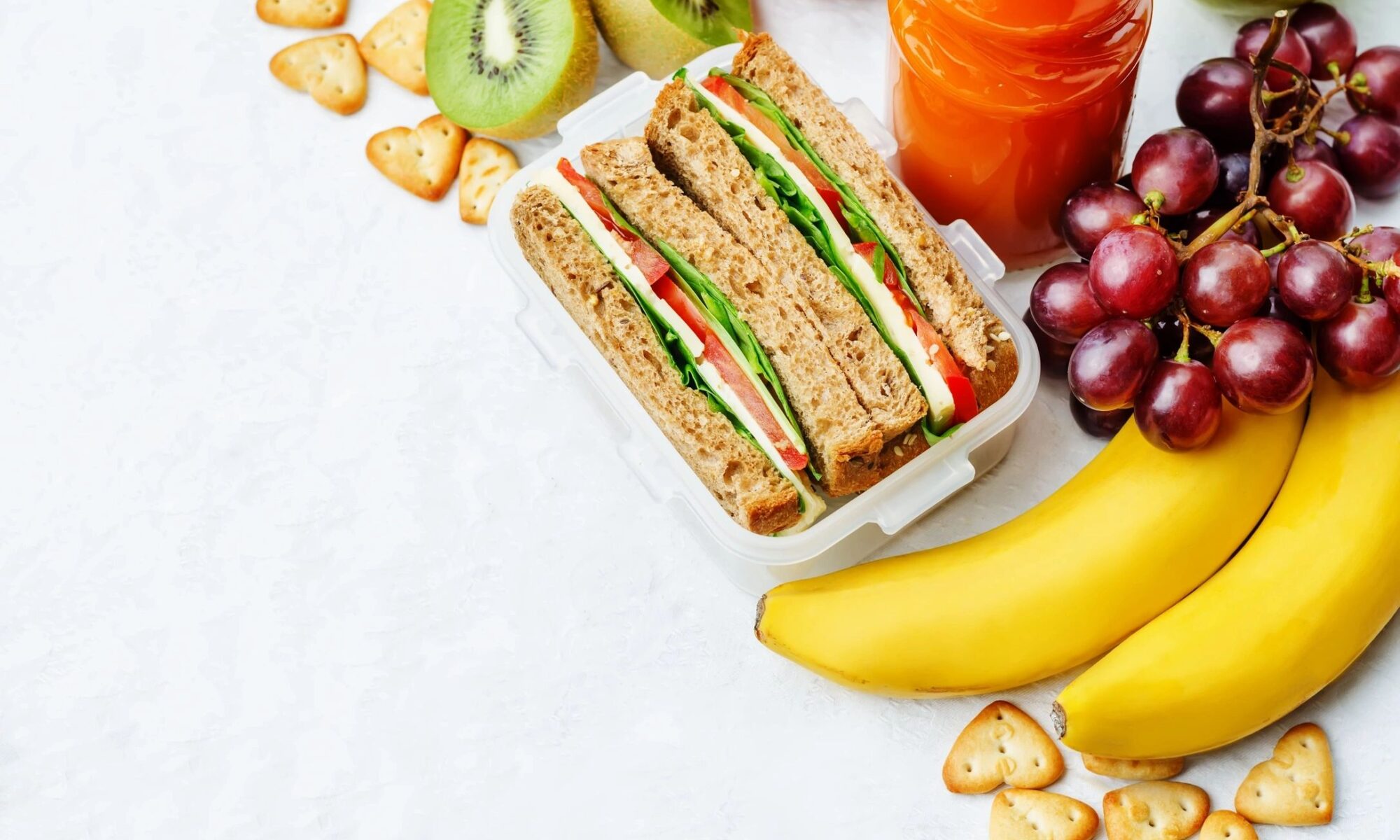 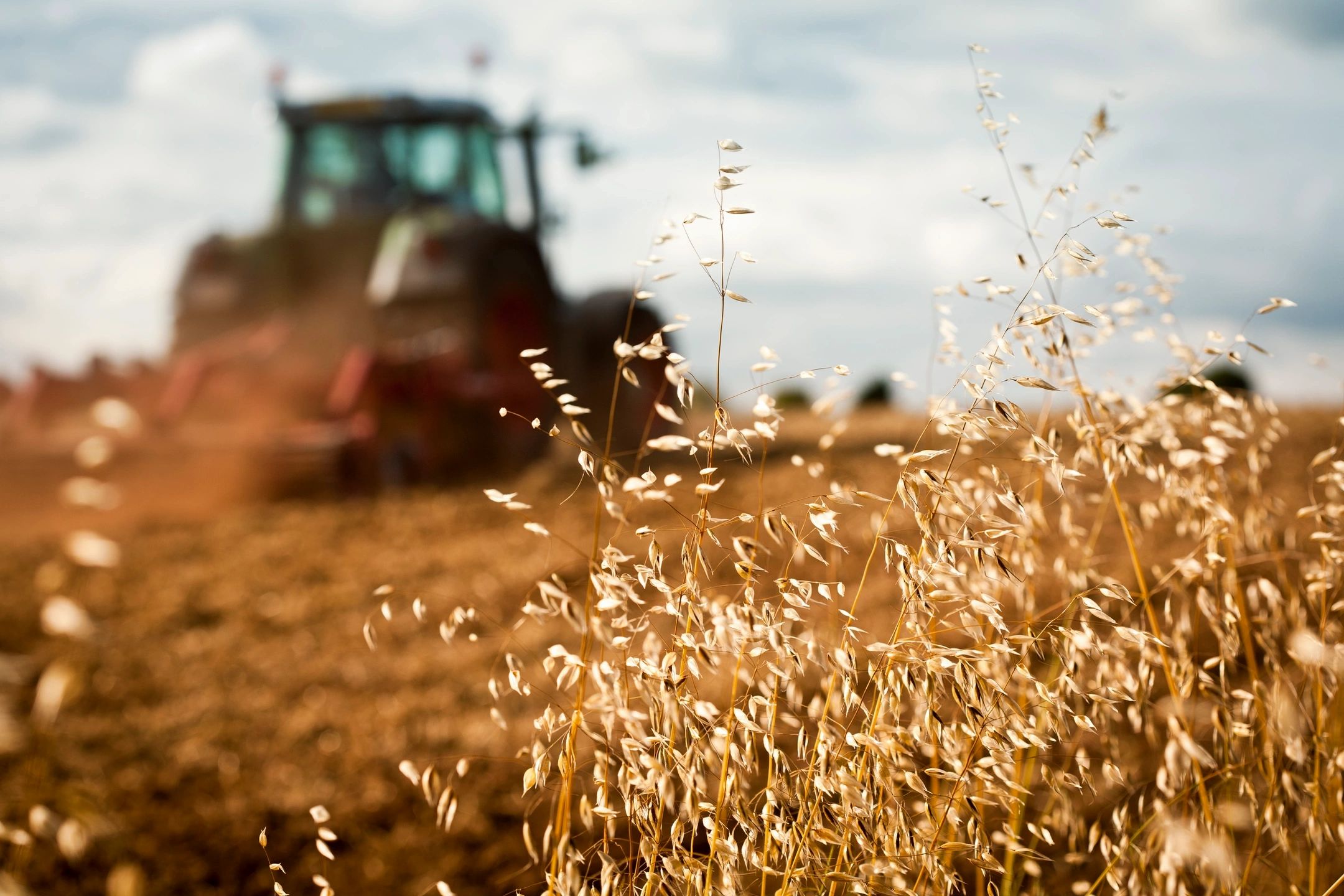 “Gluten Free”, “Celiac Friendly”, “Gluten Sensitive”, and “May contain Gluten” are a few phrases that are becoming more common in society today. But is this just another fad? Or is gluten a real problem?! First, let’s talk about what gluten is and the symptoms it may cause. Then I will discuss the difference between Gluten Sensitivity and Celiac Disease. And finally, what to do about it.

What is gluten and where do I find it?

Gluten is a protein found naturally in all forms of wheat including barley and rye. Grains need the elasticity gluten provides to help it rise while keeping its shape.  Starch and binders often contain gluten as well and are used in various other products. Even the ‘paleos’ out there aren’t safe from gluten!

Gluten is not just found in grains, but also alcoholic beverages, cosmetics, some medications and supplements, soy sauce, lunch meat, imitation bacon and  seafood, sauces, and even brown rice syrup can contain gluten. Your friend, family member, neighbor, or even you might be sensitive to gluten, yet it is hidden everywhere!

Gluten has only been in the American diet for the past 300 years. May sound like a long time, but in terms of evolution, it is very short. In addition to this being “new” in our diet, it is also found more commonly in our foods. Now 90% of American foods contain gluten! Wow. Maybe too much of a something, isn’t such a good thing?

What is the difference between celiac disease and gluten sensitivity?

1/133 people in the US have the genetic condition, celiac disease. It is an autoimmune condition of the intestines. The immune system reacts to the gluten proteins found in food. This immune reaction results in injury and inflammation inside the intestines. Diagnosing celiac disease requires blood testing and an intestinal biopsy to confirm.

Delayed growth, poor appetite, and irritability are common symptoms seen in children. Adults might experience diarrhea, bloating, fatigue, vitamin and mineral deficiencies, and/or infertility. Celiac disease is also linked to other autoimmune conditions including Hashimoto’s hypothyroidism, graves disease, diabetes mellitus type I, rheumatoid arthritis, scleroderma, and Addison’s disease. The treatment for celiac disease is the elimination of all gluten from the diet, a matter of life or death in some cases. Even 1/8 of a cracker can continue causing inflammation and damage to the intestine.

You might be wondering why avoiding gluten makes you feel better, yet you don’t have celiac disease. Well, you can still have a sensitivity to gluten. There are thousands of people avoiding gluten and have noticed that they have more energy, lose weight, and their digestion improves.

Gluten sensitivity is the same as a delayed food allergy where the symptoms may not present for 48 hours after ingesting gluten. Body wide inflammation can result in a variety of different reactions. The symptoms of a sensitivity are generally less severe than celiac disease and may include fatigue, chronic colds, skin problems, asthma, abdominal pain, arthritis, and/or ADHD. One way to figure out if you are sensitive to gluten is to avoid it. If you feel better, it is likely that you are sensitive to gluten or have celiac in rare cases. Blood testing is also available. 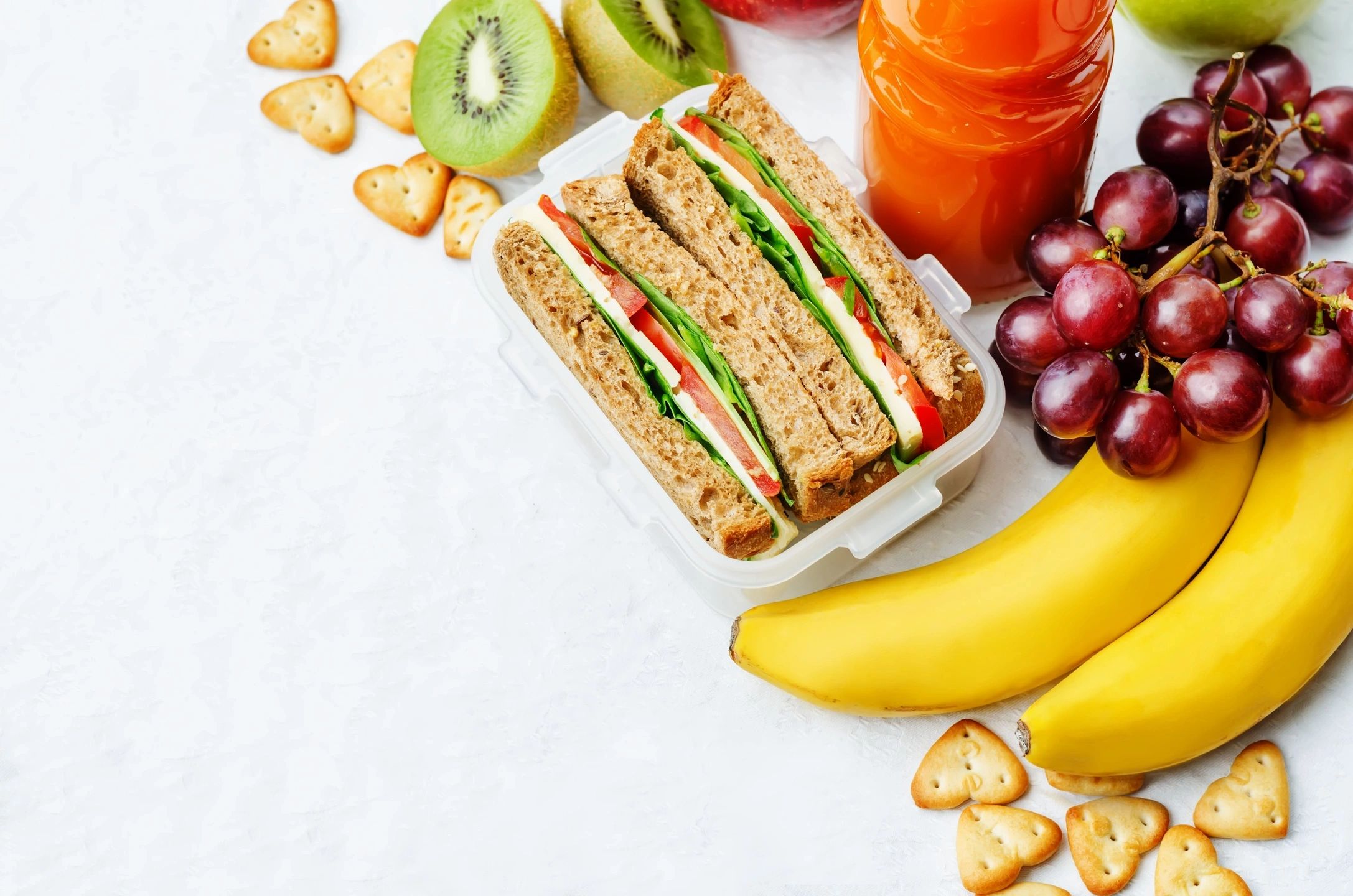 People generally report losing weight and feeling better when on a Gluten free diet. I believe this is partly due to potential food allergies, but avoiding gluten also naturally results in a cleaner diet. A gluten-free diet requires diligent label reading – check out the ingredients in your products, you might be surprised! The good news? Veggies, fruit, brown rice, quinoa, eggs, grass-fed beef, free range chicken, nuts, and beans are just a few of the foods that are naturally gluten free! These are much better choices than bread, cereal, pasta, microwave dinners, cookies, crackers, and frozen pizza. Do you see my point?! Everyone can handle varying amounts of gluten in their diet, it’s up to you to determine how much YOUR body can tolerate. 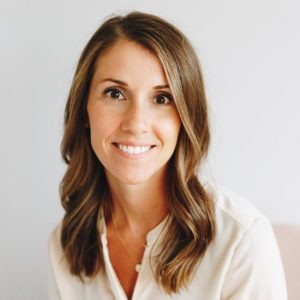 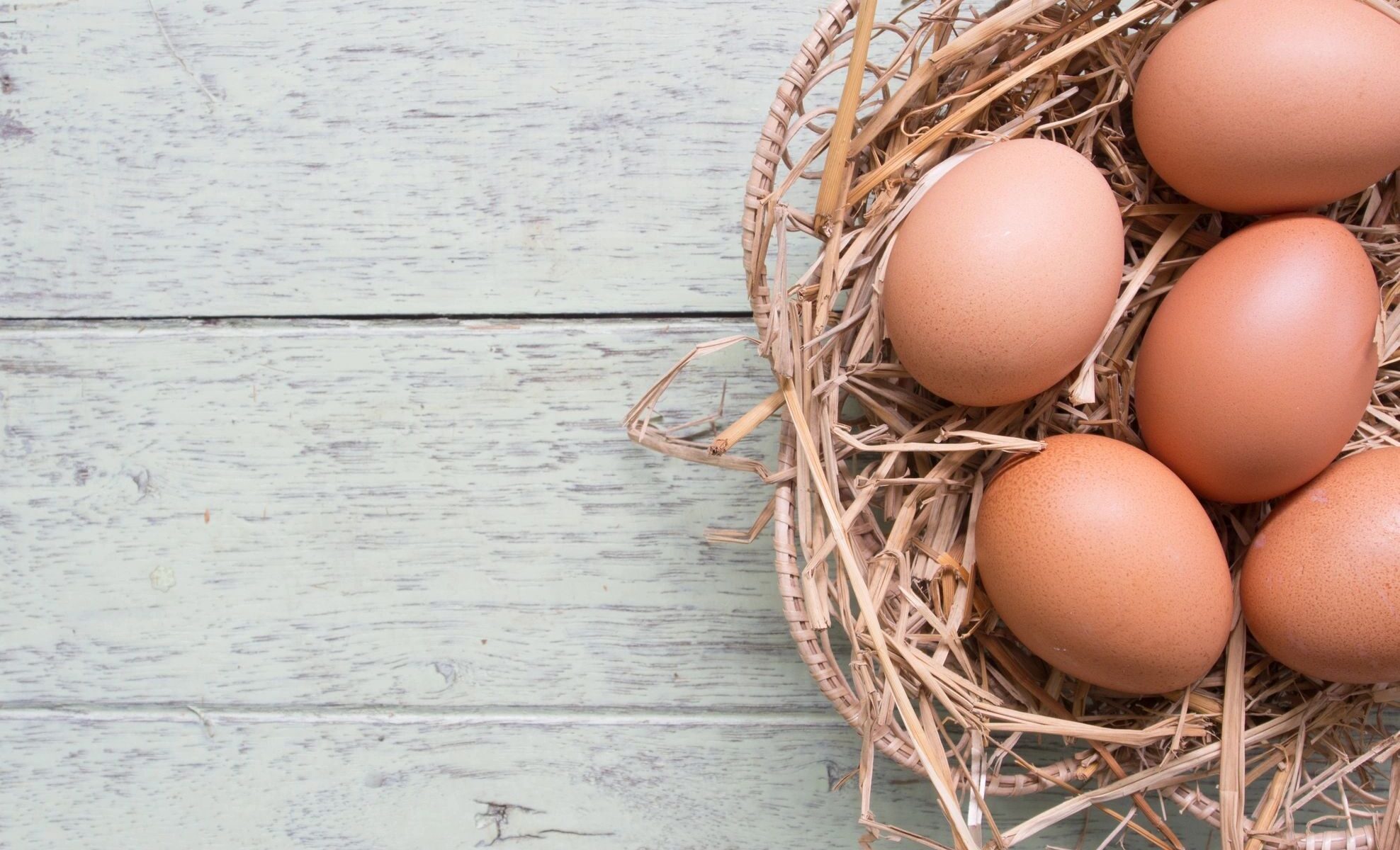 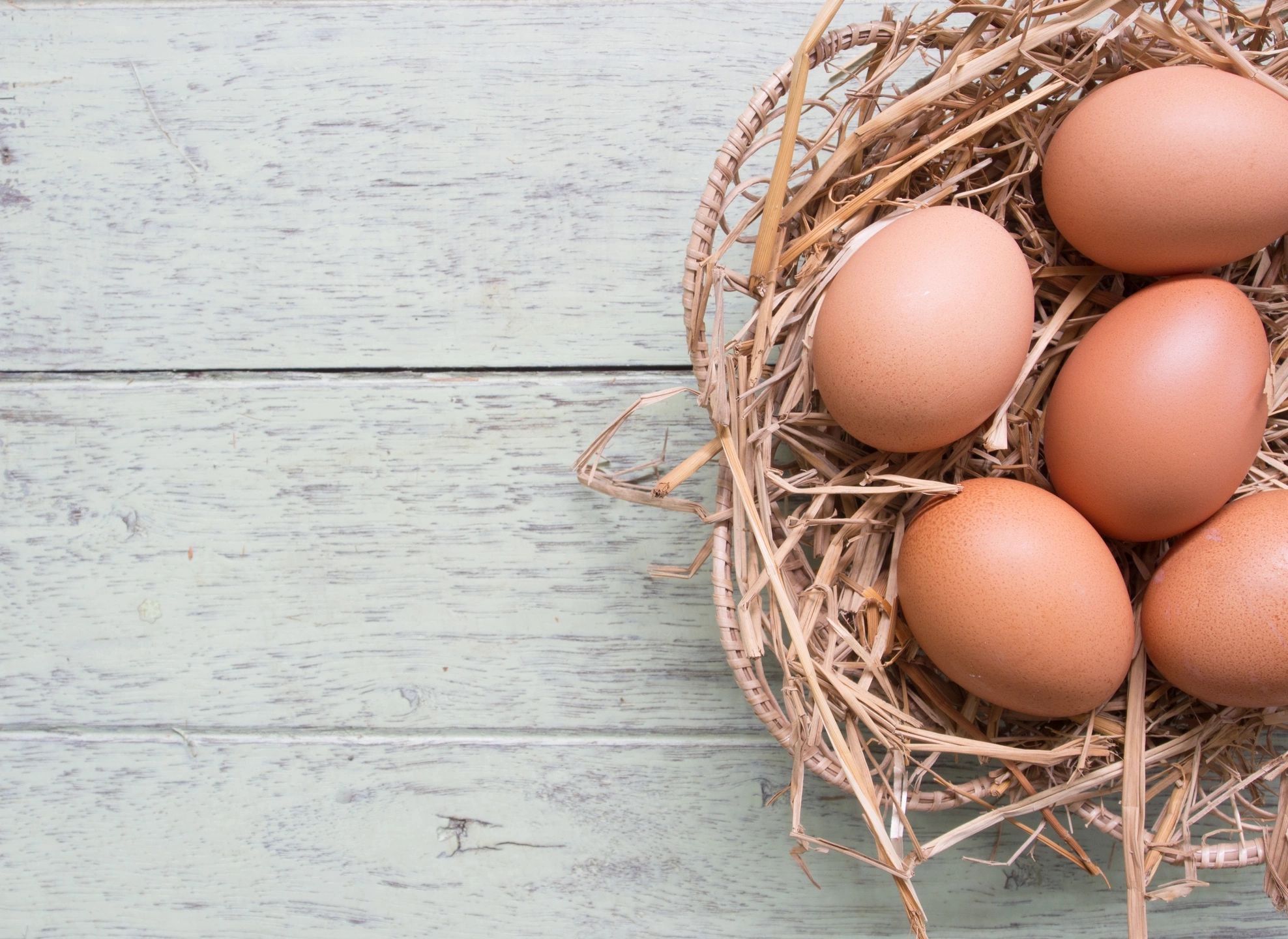 Who says you can only have eggs for breakfast?! Don’t have time to cook eggs in the morning? Cook eggs for dinner instead! Eggs are packed with protein, B vitamins, vitamin A, and Selenium. Add your favorite veggies to make them extra healthy and filling. The salsa and goat cheese adds flavor while the tortilla chips give it a little salt and crunchiness. If you are trying to cut back on your calories, leave off the goat cheese and tortilla chips. Sticking to a gluten free diet? Choose gluten free tortilla chips.

All the nutrients are in the yokes, so don’t leave them out folks!

1. warm olive oil in small sauce pan
2. Add chopped veggies to oil and cook for 1 minute
3. Add eggs to pan (move the veggies out of the spot where the eggs will go to make sure it cooks through). 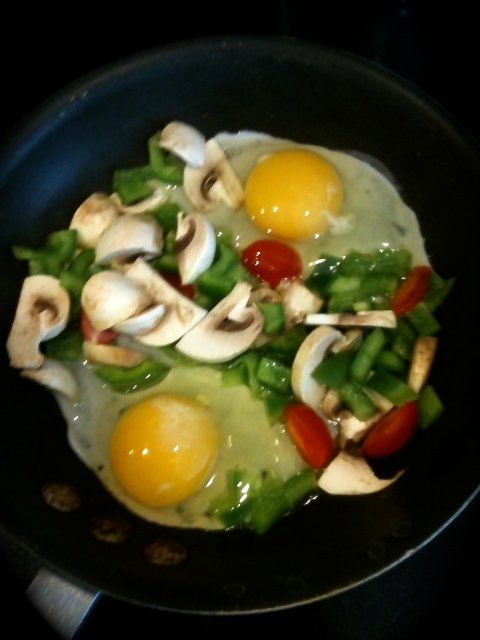 4. Cover until yoke is cooked to your liking (its best if its a little runny)
5. Remove from pan and top with salsa
6. Add tortilla chips to plate and serve immediately
7. Enjoy!

Schedule online by clicking below